Well, here I am again having bowed to the inevitable – my need to collate and put things into some sort of order!  What do I know about Art? Precious little, I don’t paint and can barely draw a stickman, but that doesn’t mean that I can’t appreciate it, have an opinion on or collect it. As in most of my other interests, I don’t profess to be an expert – just an enthusiast!

I grew up in a house chocked full of art collected by my Grandfather and I supposed something must have rubbed off on me. He collected traditional paintings, mainly landscapes and seascapes, and growing up by the sea in Bray I have always had a fondness for the latter. These days I collect Irish watercolours especially by Northern Irish artists, and also by English artists such as Walter Hayward Young, Edward William Trick and Stephen Bowers. If I had the wherewithal I’d be buying the work of Maurice Canning Wilks, Paul Henry and William Percy French, but I fear that ship has sailed where I’m concerned.

I have a few artists in the family and my Grandfather’s sister, Irene Brereton Lett (1889-1977) attended the Dublin Metropolitan School of Art (NCAD), but to the best of my knowledge, she only dabbled after she got married. That said, I have managed to pick-up five of her paintings, three at auction and two on eBay – sadly, they are all of British rather than Irish scenes.

Above: Two nice oils of English West Country scenes by Irene Brereton Lett that I purchased on eBay towards the end of 2020.

On my Grandmother’s side of the family, there was Alexander Robert Cattley (1885-1955) who worked as an artist for the Daily News, and is best known for his series of comic military postcards from the 1912-1918 era, and his American War of Independence cards depicting uniforms of the various combatants. 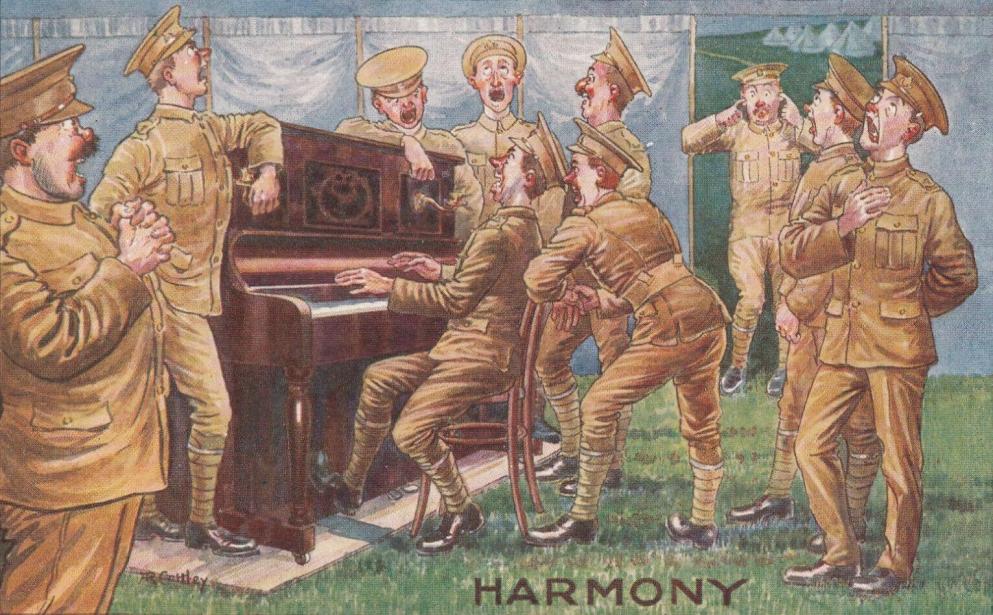 Below: Another artist on my Grandmother’s side of the family was Gilbert Acheson Cattley (1893-1978) best known for his Equine work – befitting a retired Major of the 3rd Dragoon Guards. 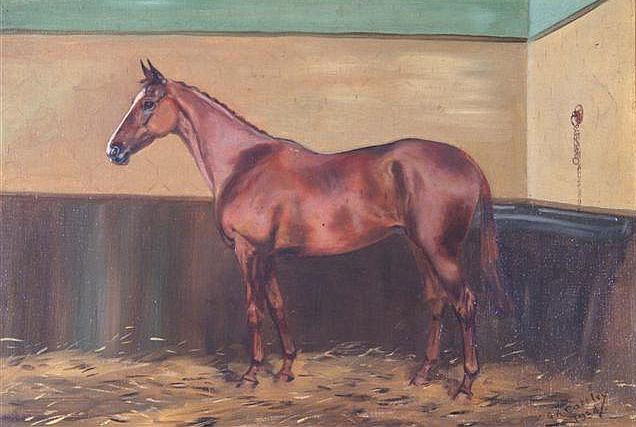 My cousin, Peter Pearson, is by far the most successful artist that I can claim kinship with and he is well known for his evocative Dublin scenes – in particular images depicting the dereliction that blighted the city in the 1970s. My own two boys show flashes of artistic ability, but sadly they belong to the Xbox generation and my hopes of either becoming a future Paul Henry have waned with each passing year.

Left to right: The Umbrella House, Dun Laoghaire, circa 1984, oil on canvas and Loop Line Bridge and Custom House, Dublin, oil on board – both by Peter Pearson and sold at Whyte’s salerooms.

Anyway, the point of this latest blog is chiefly to provide useful information on lesser known Irish artists, and foreign artists that have produced Irish work. My original intention was to try and compile information on the huge number of lesser known artists, but when it comes down to it there are only a relatively small number of really big names in Irish Art so I’ve decided to include everybody.

I detest most so-called ‘modern art’ and rather than clutter the alphabetical sections with pictures that will only spoil my own enjoyment of the site, I have lumped anything that I consider ‘modern’ onto the Abstract page. If you can’t find your favourite artist try looking there, but be warned it’s not a pleasant sight. Where an artist has produced an amount of traditional work as well as modern/abstract I have generously decided to include them under their names on the regular pages.

On the regular alphabetical pages you will just find factual information and ‘nice’ paintings plus any links that I think may be helpful. There will be no ranting in the main body of the site – I promise! That said, the Homepage will contain reviews of forthcoming auctions/exhibitions and you can expect to find me letting off steam there.

This is a magnum opus – and a work destined never to be completed – and very much at the construction stage so bear with me as there are only so many hours in the day. To get the ball rolling I am going to list every artist that I can find with minimal details (in some cases just their names) to put some shape on the site, and each entry will be padded out as the information comes to hand.

Much of the information contained on this site has been compiled using sources such as Walter Strickland’s “A Dictionary of Irish Artists” (1913), Wikipedia, various saleroom and gallery websites, my own research and more. At this early stage, I’m doing my best not to plagiarise other work, but there’s so little information out there and so much of it already heavily ‘duplicated’ that it’s hard to see who’s copying who.

I’m looking for contributions from everybody – well almost everybody – whether it is information about artists, discoveries, reviews of exhibitions, or whatever. If you see something that you think shouldn’t be here please let me know. Do get in touch with your suggestions.

One thought on “About”

This site uses Akismet to reduce spam. Learn how your comment data is processed.